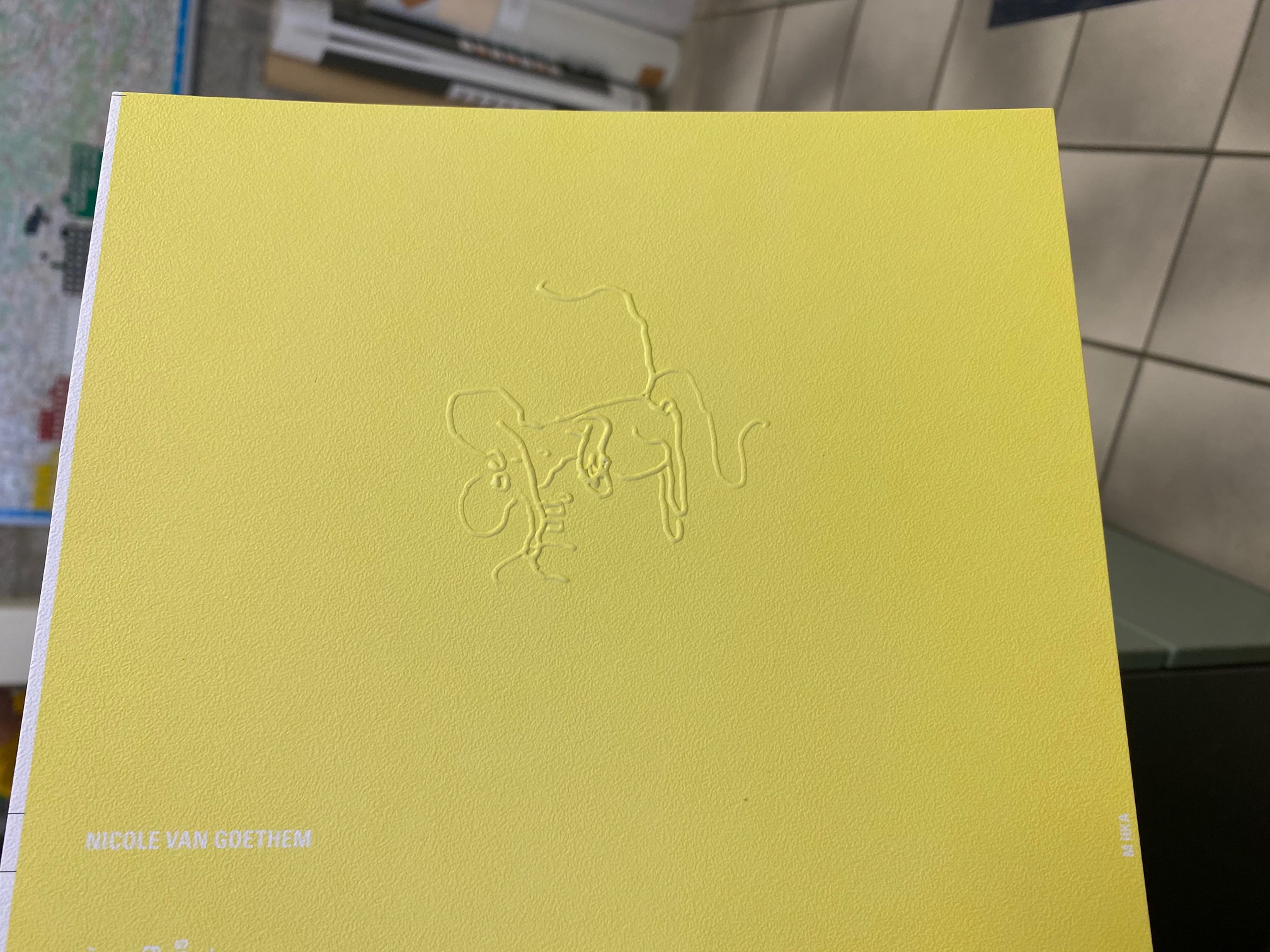 Unlike a traditional exhibition catalogue, this book attempts to sketch a portrait of Nicole van Goethem with a series of primary image references from the archive and the estate. Sketches from the three animated shorts are displayed alongside posters for the women's days, one-off graphic designs, and other commissions. The visual material is interspersed with three illustrated essays with three different takes on Van Goethem's life and work. For instance, her animated films are studied through the lens of some of Guy Debord and the Situationism International’s central ideas,  and she is set against the backdrop of the women's liberation movement as a socially engaged comic and feminist role model. Lastly, a comprehensive biography frames her private life. In no way does this publication seek to provide a full overview of Nicole van Goethem's entire career. Instead, it should be considered a supplement to the outstanding compilation DVD, All Films & Artwork – Nicole van Goethem – Drawing the Film (2006),  published by CinéTé, which not only contains Van Goethem’s complete film works, but also includes an expansive selection of her cartoons, book illustrations, posters, one-off graphic art pieces, and a 35-page information booklet with liner notes.The exhibition and publication are equivalent and complementary and ensure that Nicole van Goethem's artistic practice is brought to life and can be critically valorised and situated in a contemporary visual context. We fervently hope that Nicole van Goethem’s oeuvre will continue to inspire and motivate because it is then and only then that the archive will truly have fulfilled its role successfully as the mediator between past and present.